Celia Wade-Brown is best known to many people as the former mayor of Wellington. But since that political adventure, she has become a different type of adventurer, first walking Te Araroa, then cycling then Tour Aotearoa and more recently kayaking around significant parts of the motu. She’s also a member of the Walking Access Commission Board and Te Araroa Trust Board, and she founded Living Streets Aotearoa and organises the Wairarapa Walking Festival.

"It was a very big challenge," says Celia. "I called it my political detox after stopping being mayor. And it was also a really great chance to reconnect with my other half because you know, when you are both doing busy jobs you don’t see as much of each other as you might. So going from occasionally passing at breakfast and a couple of meals in the evening to being 24-7 tested the relationship – and I’d say we came through stronger. We didn’t have too many debates about which way the route went. We had one or two. I was quite used to seeing the back of his legs disappearing up a hill. But that was balanced out by he usually made the coffee for me when I got there."

Not long after returning from five months of exploring the length of NZ, Celia then set off on Tour Aotearoa to cycle across the country too.

"The obvious difference is in Tour Aotearoa at least some of the time you’re pedalling," says Celia.

"Actually, quite a lot of the time I found I was pushing the bike so it was like hiking, with a bike, up the steep bits or sometimes down the steep bits as well."

"Tour Aotearoa took me a total of just over 30 days, so it is one month, as opposed to five months. And it was really satisfying because you could always get to somewhere you could eat and drink easily.  But you didn’t quite get that away from everything feel that you get from tramping, particularly somewhere like the Richmond Ranges or over the Takitimu range where, you can make out the route, but there is not really even a path in some of it. So, yeah, if you want a deep wilderness experience, tramping is still the best way to go."

After that adventure, Celia moved onto the sea and has been kayaking around corners of the motu. She points out that access is especially important for kayakers.

"Often you want to know can you land somewhere? Or, if you desperately need to land somewhere have you got to be very apologetic to a farmer, or is it DOC land, and it will be fine?"

Celia Wade-Brown, lunch on an island in Lake Manapouri

"When you are walking to a place, there is a land connection already, whereas, when you are sea kayaking, or for that matter river kayaking, which I know less about, sometimes there is a very nice beach to land at, and potentially a campsite. One of the issues with access from kayaking is you can go to places or want to go to places that you can only get to from the sea. When you are walking obviously, there is some land access to whether it is a valley or a beach or whatever. But if you’re kayaking, sometimes you have gone around some steep cliffs, and there is a little beach, and it would be really nice to land there, but you are not sure whether it is public or not, you’re not sure what your rights are. I don’t think any landowner will object to you landing in an emergency. But this is more for a planned lunch landing or even camping. It is really important to know whether it is public land or private land."

As a Wellington politician Celia had a close connection to access issues on the capital South Coast.

"One of the areas I worked on when I was a councillor was getting better walking access along the coast from Island Bay to Lyall Bay."

There’s been a road there for, I don’t know, as long as there have been roads in Wellington probably, but there didn't used to be any proper footpath access. And I was very pleased that both along the Houghton Bay foreshore and further along Te Raekaihau Point we have not got quite a decent foot access. What I would say though, is that we don’t have decent cycling access. And cycling is a good form of exercise, it is a good form of commuting. If you can manage to go through a park when you are commuting, whether you are walking or cycling, it is even better. I was quite motivated to get walking access, and I just wish we had done some separate cycling tracks as well.

Now I am living in the Wairarapa, we’re right on the footsteps of the Tararua Forest Park, which is fantastic access from the eastern side near Carterton, where I live.

Locally, in the Wairarapa we’ve just had a wonderful win with the help of the Walking Access Commission. I haven’t been directly involved, but I know the people who care about this area, and it’s an area called Rewa Bush.

"And it is a DOC reserve with some fantastic mature podocarps in it that, until recently, was landlocked by forestry. There is a physical road, but it had had locked gates. With the help of the local regional field advisor, and some legal advice from head office, the forestry company had now opened the gates and it just means that people can cycle through there or they can walk in the bush. And, without physical access, you can’t get in there and do bat monitoring, you can’t get in there and do trapping. There are a whole lot of environmental outcomes that are supported by good, legal, physical access." 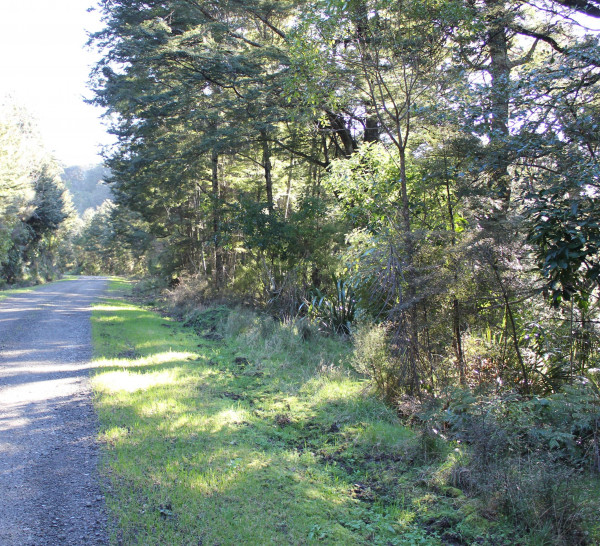 "The link between recreation access and environmental work is very interesting. I think one of the best examples locally, is Makara Peak, where the original motivation was to get some mountain bike tracks in, many of which are fine for walking too. But, the particular people involved have done a superb job of revegetation and trapping. And that combination of making a contribution to the planetary good, if you like, as well as having a lot of fun, I think it’s pure gold."