Rumours are growing that pīwawau, rock wren, in the Southern Alps have learned how to ride kea. The small birds are less than a quarter the size of the parrots and do not generally fly far, preferring to hop among the rocks and shrubs of their alpine home.

There is no photographic evidence as yet, but several witnesses have confirmed this artist’s impression is accurate: 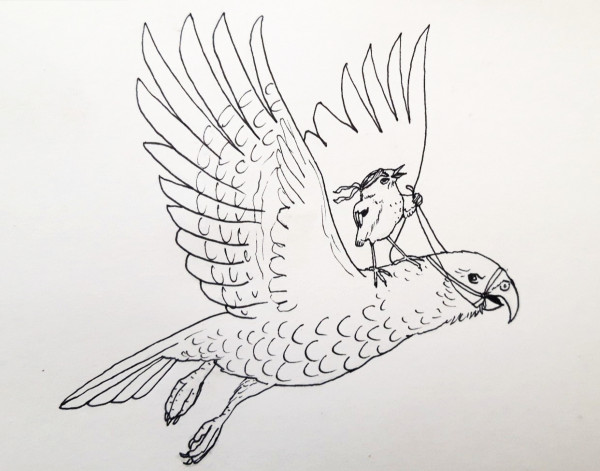 Herenga ā Nuku Aotearoa, the Outdoor Access Commission, interviewed a rock wren claiming to know one of the riders involved. She has asked to remain anonymous due to fear of intimidation by the parrots, known for their gang mentality. We refer to her here as Reese.

“My sister’s cousin got tipsy on over-ripe snowberries and started bragging about a group he’s in called the Wrevolutionaries,” says Reese. “We’re all sick of being overlooked and underheard, so they’re putting themselves out there to help with wrepresentation.”

Snowberries are a tasty snack for pīwauwau. They also eat grubs and bugs.

She claims the Wrevolutionaries use a GoPro to lure in kea, who—as everyone knows—never pass up an opportunity for a selfie. The rock wren lies in wait, camouflaged among the tussock, and uses its excellent hopping skills to jump onto the unsuspecting parrot’s back.

When asked why pīwauwau are going to such lengths to be seen by more humans, Reese outlined the dire state of rock wren awareness, especially when compared with that of kea.

“The fanbase for those wreprobates is wridiculous,” says Reese. “We rock wren need to be seen. We’re up here year-round, the real heroes of the mountains. But have we ever even come close to winning Bird of the Year?”

The answer, it seems, is no. Though this year, with Forest & Bird shining a spotlight on lesser-known “underbirds”, they might finally have their chance.

“Forget those common tree birds and sea birds; elect the only true overbird instead!” says Reese.

The Department of Conservation declined to comment, but trampers have reported seeing more rock wren in some areas. Whether this is due to pest control or the work of the Wrevolutionaries is yet to be determined. 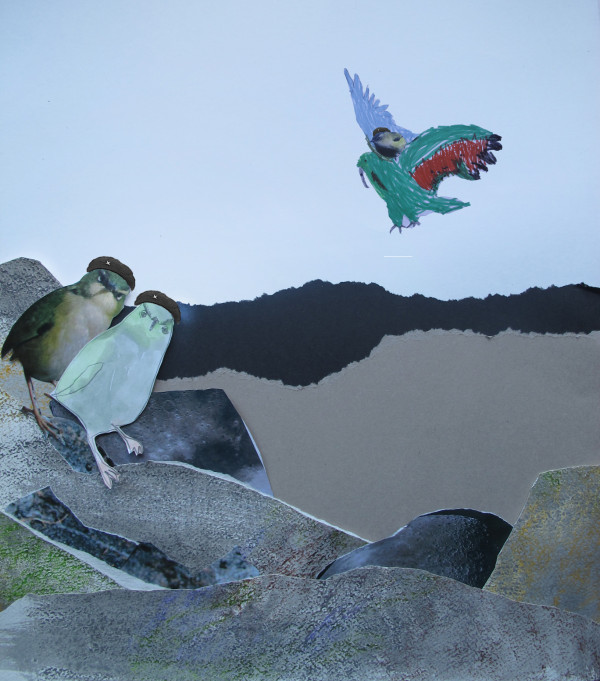 Artist's impression of a possible look for the Wrevolutionaries. Picture by Anna Perry and Walter Howard-Smith (age 6). Photo by Kerry Weston

Vote now so that pīwauwau | rock wren can win Bird of the Year.